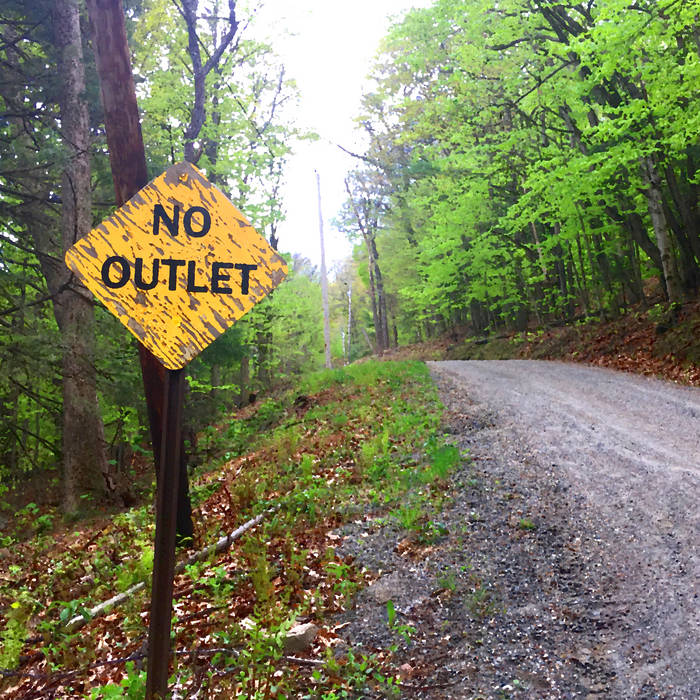 NO OUTLET is a compendium of unreleased tracks commemorating the band’s ten years together in the Bay Area. Volume 2, released October 21st, 2020, covers the years 2014 through 2018.

Much of our 2018 album “Repetitions of the Old City II” concerns adolescence and young adulthood. I wrote new material with that time of life in mind, but also re-recorded a few songs I had written in my early 20s. HOT NIGHT, NO ONE’S SLEEPING and IT’S HARD TO FIND BOOZE ON SUNDAY are two such old songs that couldn’t find a place on the album. HOT NIGHT in particular I was eager to include, but its dead-of-summer setting couldn’t have been less appropriate for the blizzard that blows through the album.

There are three little instrumental blizzards throughout the two Repetitions albums which go by the name of WHITEOUT, foreshadowing and echoing the theme to MIRACLE CAR WASH—one too many, so the third is heard here.

We recorded a version of Duran Duran’s THE CHAUFFEUR in 2014-15 for our OUTSIDER SONGS EP of covers, and the original singer was Kate McLoughlin. Although I love what Jason Hoopes brought to the lead vocals in the subsequent version we ultimately released, I’ve always thought this was one of Kate’s best vocal performances with the group, and feel like it should also be heard.

MIRACLE CAR WASH, 1978, when we played it live, always ended in an apocalyptic build-up of noise that culminated in a sudden cut-off, usually abetted by samples triggered by our live sound engineer, Sarah Whitley. It was really exciting live, but I felt the composition was a little weak when it came time to record. We composed a new ending (heard here) for the recording, which salvaged the big noise build-up, but then found we had a pacing/placement problem when sequencing the album. No regrets about cutting it, but I'm glad to share it here as a record of the band at its darkest intensity. This is the chaos of the blizzard.